We study CO2 behavior across a wide range of scales. For example, we extend pore-scale simulation to core-scale by developing new computation scheme (Jiang et al., 2014). We further develop geophysical methods to detect localized heterogeneity (e.g. small-scale fracture) and to continuously monitor the injected CO2 with high-resolution. The heterogeneity could be strongly influenced to the scale-dependence in hydrological and physical properties. We recognize that scaling issue is challenging topic and has not been well solved. However, we need to challenge this issue in order to apply pore-scale CO2 behavior for realistic problem.

The mechanisms of geological CO2 storage include structural and stratigraphic trapping, capillary trapping, dissolution trapping, and mineral trapping (mineral precipitation). One of the most effective mechanisms is capillary trapping, which represents a process by which CO2 quickly becomes immobile in small-diameter pore space. Capillary trapping is considered to be the fastest way to limit the spread and potential escape of CO2. To evaluate the storage capacity, and predict the fate of injected CO2, the fundamental information include the micro-scale CO2 behaviors within pore space are required. The behavior of CO2 movement inside a reservoir can be characterized as two-phase flow in a porous media system, which is usually influenced by temperature, interfacial tension, pore structure, and porous medium characteristics (wettability).

We have developed a highly efficient and accurate pore scale modeling method to directly simulate multiphase and multicomponent flows on XMT images of rock structure. The state-of-the-art technology is achieved by using the graphics-processing-unit (GPU) based lattice Boltzmann method. The developed method makes it possible to calculate the complex movement of CO2 in natural sandstone with high resolution and on a large scale. A key parameter for characterize the CO2 behavior is the permeability. However, mineral precipitation alters the pore structure over time, and leads correspondingly to permeability changing with time. In the recent study, we developed a geochemical hydrodynamic coupled model to numerically investigate the influence of carbonate precipitation on relative permeability during CO2 storage. The pore spaces in rock samples were extracted by high-resolution micro-computed tomography scanned images. The fluid velocity field within the three-dimensional pore spaces was calculated by the GPU based single-phase lattice Boltzmann method, while reactive transport with calcite deposition was modeled by an advection–reaction formulation solved by the finite volume method. The relative permeability of the sample rock was calculated by the highly optimized two-phase lattice Boltzmann model. The clogging processes are modeled by transforming fluid nodes to solid nodes based on their precipitated mass level. The developed method accurately simulates the mineralization process observed in laboratory experiment. It is found that precipitation-induced evolution of pore structure significantly influenced the absolute permeability. The relative permeability, however, was much more influenced by pore reduction in the non-wetting phase than in the wetting phase.

The dissolution of supercritical CO2 in interstitial water is one of the most crucial research topics in CCS.  Various phase field models based on free energies are often used to study the dynamics on the assumption of constant temperature and no heat transfer. However, the phenomena involved in the inhomogeneous temperature and the heat transfer is considered important for CCS because the gas CO2 at near the critical point has very large thermal conductivity.

We propose a new method based on the variational principle. The dynamics of a fluid can be divided into the kinetic part and thermodynamics part. The kinetic part is characterized by the conservation laws for mass, energy, momentum, and angular momentum. On the other hand, the thermodynamics is described by the equation of the entropy in the form as

Here ρ is total mass density, s is specific entropy, J is entropy flux, and Θ > 0 is a dissipative function. This equation connects the kinematics and thermodynamics. We give a Lagrangian density by the kinetic energy density minus the internal energy density, and an action by integrating it over space and time. The realized dynamics minimizes the action subject to the constraint (1).  Noether’s theorem states that each of the conservation laws is associated with each corresponding symmetry. For example, the conservation laws for energy, momentum, and angular momentum are related to the translation symmetries in time and space, and rotational symmetry, respectively. We fix the dissipative function Θ to satisfy these conservation laws. While, we determine the entropy flux J so as to erase surface terms without fixing boundary conditions. We find that the interface energy effects on the dissolution of CO2 in inhomogeneous temperature, significantly.

Facture could be leakage path of injected CO2. Such heterogeneity causes scale difference in hydrological properties. The conventional seismic analysis method has difficulty in detecting fracture in the shallow formation. We therefore propose a new approach using surface waves to effectively identify localized fracture near the surface. Surface waves have generally larger amplitude than other types of waves (e.g., reflection or refraction waves). Although “seismic velocity” is frequently used as an attribute of reservoir, we also use another important attribute “seismic attenuation” in the proposed method. By utilizing different sensitivity between surface wave attenuation and velocity to the geological heterogeneity, we have successfully detected localized fracture associated with fault displacement. Now, we are applying the proposed method to seismic data acquired for CCS projects to evaluate the potential of existing fractures near the surface.

We develop a method for predicting stress state (including pore pressure), based on rock physics model. By applying this method to the high-resolution seismic velocity model derived from waveform tomography, we successfully estimate effective stress as well as pore pressure. These techniques can be directly used for CO2 monitoring. The prediction of subsurface stress state is important information in determining the well location as well as amount and speed of CO2 injection in CCS project.

We develop a monitoring method to extract variation of seismic velocity using ambient noise. Since the presented method constructs virtual signals from noise, we can continuously monitor the reservoir using only passive seismometer data. The low cost of this approach makes it particularly attractive for long-term monitoring in CCS projects. When we applied this method to the 2011 Tohoku earthquake, we successfully monitored the dynamic change of subsurface crustal stress. This method has a potential to predict aftershock distribution, because we can map the stress heterogeneity after the mainshock. We further applied this method to the fluid injection experiment and successfully extracted the injected fluid distribution.

In addition to seismic method, Interferometric SAR is a powerful tool to reveal synoptic deformation of the Earth’s surface caused by CO2 injection. We can estimate reservoir deformation due to CO2 from the estimated surface deformation. 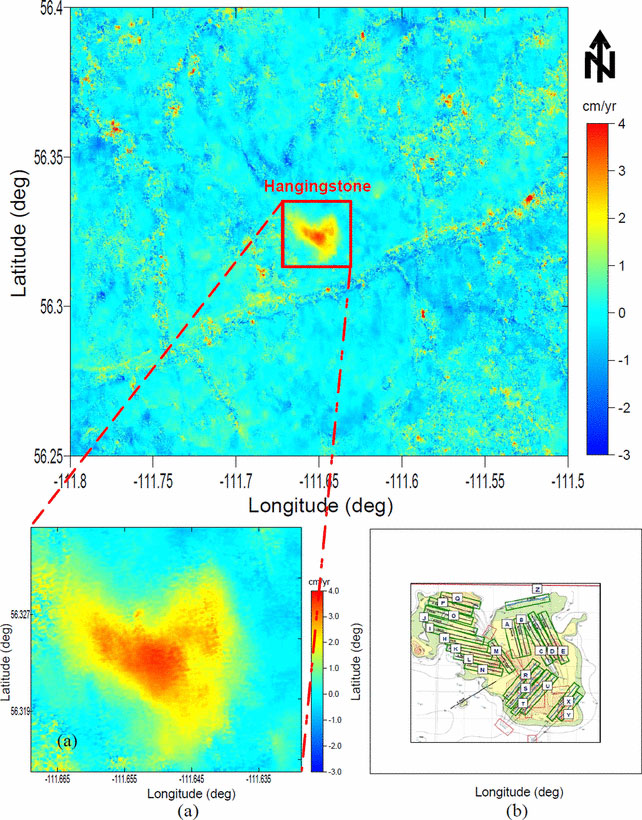 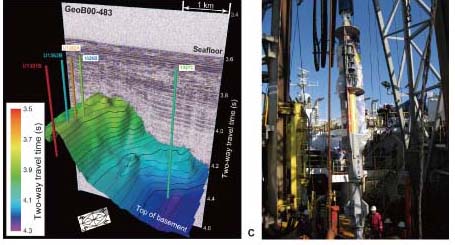