A catalyst that can combine fuel cells and solar cells has been successfully developed in a joint effort by a research group headed by Professor Seiji Ogo, the International Institute for Carbon-Neutral Energy Research (I2CNER)/ Faculty of Engineering, Kyushu University, in collaboration with Tanaka Kikinzoku Kogyo Co., Ltd.

Previously, next-generation fuel cells and solar cells were developed separately. Today, the researchers have succeeded in developing a novel catalyst that combines photosynthesis with natural hydrogenases. By using this catalyst, fuel cells could be powered with hydrogen as an energy source while solar cells could be powered with water and light. The results of this research may trigger significant developments and have significant knock-on effects in the field of energy research.

This research achievement was published in the German online journal ChemCatChem on October 5, 2017 (Japan local time). 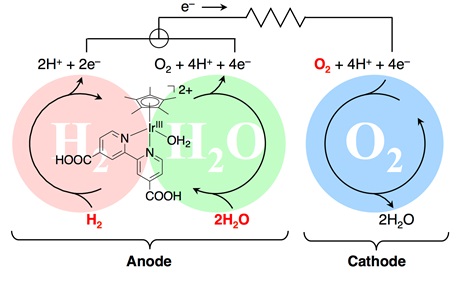 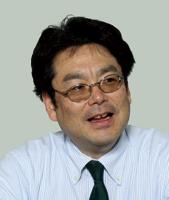 Message from the researcher：

Drawing our inspiration from nature, we had the idea to develop a catalyst and a fuel cell that could be run using hydrogen as an electron source when there is no light (during the night) in the same way as a hydrogenase, and run using water as an electron source when there is light (during the day) in the same way as photosynthesis. I hope that this development will open the door to a new era where hydrogen can be used as a fuel for cars at night and water-powered cars can run during the day.